Use VoiceOver to read text below the cursor

GhostReader 2.0 was recently released and we are receiving positive feedback about the update from our users. Many thanks for the encouraging messages! We understand that some of you miss the only feature we had to drop to make GhostReader 2.0 possible: Read Text Below the Cursor. This feature allows the user to read text from almost any app by hovering the cursor over the text. I wanted to take this opportunity to explain why we couldn't have this feature in GhostReader 2.0 and tell you about an alternative way to get this feature back.

Why we had to drop Speak Below the Cursor in GhostReader 2.0?

With the new GhostReader 2.0, one of our main goals was to simplify the whole user experience, make the application more friendly, intuitive and easy to use. The experience with almost any software starts with the purchase and installation of the product. With GhostReader 1, the user had to discover the app through our website, use a 3rd party payment processor to buy a license and then the user would receive an activation code by e-mail. When a user would change to a different computer, he had to hunt down this old e-mail to re-activate GhostReader on his new machine. Probably some of you are thinking "Well, it was not perfect, but it wasn't that bad”. But believe me, it was quite bad. We received a staggering amount of tickets in our support system from people who were confused by this process. Many times this led to frustration and we really felt like we had to do something about this situation.

We spent a lot of time thinking about the purchase and activation experience, how to make it simple, efficient and frustration free. We designed different activation systems trying to achieve this goal, but it was never quite right. And that's how we began exploring the Mac App Store. The Mac App store is well-known to most Mac users, however the problem we faced was that Apple imposes certain limitations on apps that are sold through the Mac App Store. After some investigation and adaptations to the design of the new GhostReader we managed to fit almost all the desired features into a Mac App Store application. Everything except Speak Text Below the Cursor. 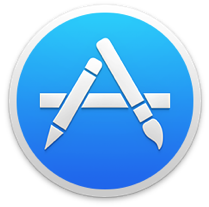 Apple is very particular about user privacy and apps distributed through the Mac App Store can not "take a look" at what's happening in other apps running in your computer. So it's not possible for an app to see what other apps are showing, what the user is doing with them, what the user may be typing or hovering over with the cursor, etc. But this restriction is in there for a good reason; if apps can look into each other it would be easy for a developer with shady intentions to create apps to spy on you, see what you type, what you read. Consequently it also means that features like Speak Below the Cursor are just not possible. Before we finalized our design we carried out a user survey amongst all GhostReader 1 users, to find out how many use Speak Below the Cursor. Luckily it turned that only a few were actually using this feature. Therefore after much internal discussion we made the call to go for the Mac App Store route, dropping only one existing feature that wasn’t hugely popular amongst our user base. The advantages of distributing GhostReader through the Mac App store were simply too big to ignore and outweighed the shortcomings. But this does mean that GhostReader users that did rely on Speak Text Below the Cursor loose a key feature. To address this issue we have researched an alternative way to get text below the cursor to be spoken.

How to get Speak Below the Cursor back using VoiceOver?

In recent years Apple has significantly improved it's VoiceOver screen reader, making it very powerful and configurable, and it is now possible to configure VoiceOver in a way that will work as a replacement for Speak Text Below the Cursor. We have therefore prepared VoiceOver configuration files for OS X 10.9 (Mavericks) and OS X 10.10 (Yosemite).

You may notice a few small differences with how Speak Below the Cursor used to work, now you get a little bit more information than just the text below the cursor, but getting used to it will guarantee you access to this feature for many years to come, as VoiceOver it's part of OS X itself and is actively maintained by Apple.

Using both versions of GhostReader at the same time is possible, but not advisable

Even though it is possible to run GhostReader 1.6 and GhostReader 2.0 simultaneously on your Mac to still be able to use Speak Below the Cursor, it can lead to problems. First of all we noticed that the Security option you need to enable in System Preferences to use Speak Below the Cursor can get "stuck" in the disabled setting in OS X 10.9 (Mavericks). In addition we experienced occasional crashes in OS X 10.10 (Yosemite) when using both versions at the same time. Finally, GhostReader 1.6 is at the end of its life and to be able to focus on new products we need to eventually leave older products behind. We recently released version 1.6.9 to make the old GhostReader compatible with the latest OS X 10.10 (Yosemite) and that's our final release of version 1. As Apple continues to evolve the Mac, the old GhostReader will eventually stop working and it won't be possible to use it for Speak Text Below the Cursor anymore.

If you have any questions, please don't hesitate to contact support@convienceware.com.

More on:
GhostReader : easy to use Text-to-Speech for Mac